As we all get ready to watch Game 5 of the Stanley Cup Playoffs : Boston Bruins vs. Chicago Black Hawks I wanted to pass along a message :

An old friend of mine and the man in charge of raising Money for the Nashua Children’s Home through the ADPP (all day power play), Bill Dwyer, sent out a great email the other day that I’d like to share.

I participated last year in the event and it was great. Even though I can’t take part in the ADPP this year, I’d like to encourage any of the hockey guys I know to check it out. If you can play great, if you can donate even better. 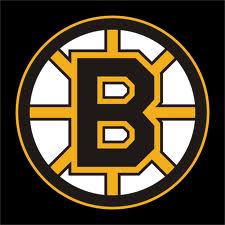 I was planning to send a “one month to go” e-mail to you all today, but I didn’t want to just pound away with an encouragement to continue the fundraising for Nashua Children’s Home. So instead I’ll subject you to what would be my latest entry if I maintained my own personal hockey blog. 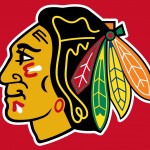 During the regular season, the Chicago Blackhawks are easily my second favorite team. It really began back in the 1970’s when the B’s and ‘hawks had a great rivarly going in a much more concentrated NHL. At that time the league had moved well beyond the Original Six, but hadn’t quite become the McFranchise that it is today with teams in Phoenix, Sunrise (FL), and Nashville. As I write those names I have to concede that the California Golden Seals and their white figure/roller derby skates were on the scene, but every moment in history has its own unique hiccup. In any case, it was always an event for me whenever Bobby Orr and my big, bad B’s were going to take on those fearsome ‘hawks, featuring Bobby and Dennis Hull, Stan Mikita, and the vicious defenseman Keith Magnuson (predecessor to Duncan Keith).

The reason I started with the Hull brothers is that there was another brother dynamic on display in this rivalry between former ‘hawk/current Bruin Phil Esposito and his younger brother, goalie Tony (Toni-O!). As a naive kid under the age of 10 I could easily understand why the Hulls played for the same team, but I couldn’t comprehend why the brothers Espo had to play against each other. How did it make Phil feel to score on Toni-O, and didn’t Tony feel badly when he made a save on his brother? What if there were a brawl between the two teams…would the brothers have to fight each other? This isn’t right, brothers should play for the same team!! 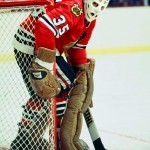 And that was when I first noticed the amazing red jerseys (sweaters) with the classic crest and the tomahawked “C” on the shoulders. Pure artwork. Don’t get me wrong, I am forever loyal to the spoked-B. But those jerseys. Man. From the cool war paint and colored feathers sported by the famed warrior Black Hawk of the Sauk nation (smiling either ominously or complacently, depending on the occasion) to the booming Phantom-of-the-Opera pipe organ of Chicago Stadium to the talented players to the fact that they never really challenged the Bruins for playoff supremacy in those days, THIS was another team I could really respect.

Fast forward to 1991 during the first Gulf War and the NHL All-Star game hosted in Chicago. The old keyboard boomed one more time, the crowd rose to its feet, and more than 18,000 patriots roared through a national anthem that still gives me chills and cemented my admiration for Chicago’s fans. Today the fans continue the tradition of celebrating our anthem from beginning to end. How can you not love that? Today those hearty midwesterners with the best accent in the US shout the intro to “Chelsea Dagger” by the Fratelli’s after each goal and each win. I love that almost as much.

So as this year’s Stanley Cup playoffs unfolded I was simultaneously willing the Bruins to win in the East and rooting on the ‘hawks in the West, not fully believing that either or both team would actually make it to the Finals. In fact the whole season was so easy because of the iron curtain that prevented these two charter NHL members from facing each other. Once it became official that these two long-toothed titans of the NHL would be squaring off, I celebrated the knowledge that no pathetic Vancouver Canucks or dangerous San Jose Sharks would be taking on the B’s. This would be a final I could truly enjoy because it involved my # 1 and #2, both playing an honest, hard-working game that would honor the coolest sport on earth.

A triple overtime bounce in Game 1 brought to light the fact that I might be conflicted. After all it was only the first game of the series and probably the least important. So was my relative calm the result of keeping things in perspective, or could I actually stomach having another team—my second favorite team—take the cup from my Bruins? Am I getting old and feeble? Games 2 and 3 brought no such dilemmas, as the Bruins seemed to stamp their perenially-strong character and will on the series. But last night, I am pleased to tell you, my fist pounded the living room floor at about 11:30 when Brent Seabrook (how can you not like a defensive pairing with the name of Brent Seabrook and Duncan Keith?) scored the game-winner. My response was fast and instinctive and loud and painful. I really, really like the Blackhawks. But I LOVE me some B’s.

The next loud sound you hear might be my hand shattering on the living room floor next Thursday morning at about 2:30AM if this series continues the way it’s been going. But after my emotional pain subsides and it’s time to address the physical pain, I’ll be thinking about a cast in that great brick red color.

P.S. Only one month to go…keep up (or get going on) that great fundraising work for Nashua Children’s Home!

“If you want something done, ask a hockey player.”

Thanks Bill for a great write up and I’m sure the ADPP will be a great success this year with all your hard work!!